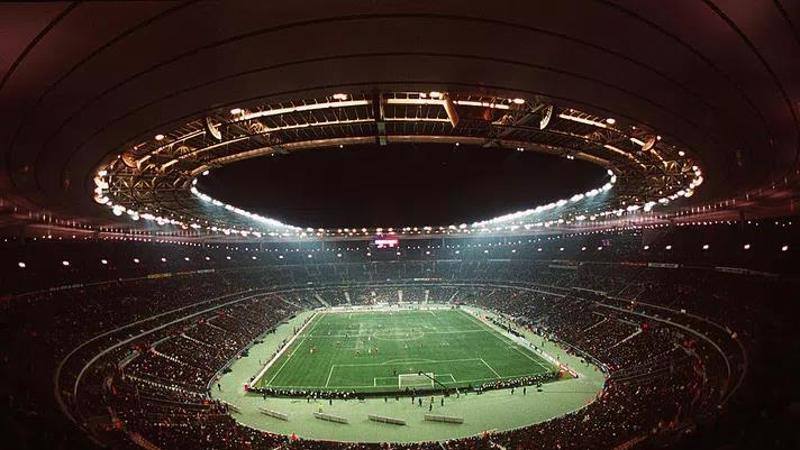 France, an evening to forget on and off the pitch.

France, an evening to forget on and off the pitch. The home defeat with Croatia excludes Deschamps’ team arithmetically from the possibility of defending the title won last September. And once again the Stade de France is experiencing a complicated evening from the point of view of public order. As reported by the Le Parisienon the walls of the facility, before the start of the challenge that re-proposed the final of the 2018 world championships, writings appeared inviting to boycott the world championships in Qatar.

Hence yet another problem of public order. Surely the Stade de France has experienced better moments than at the end of the 2021-2022 season. After the chaos that took place last May 28, during the Champions League final between Real Madrid and Liverpool postponed due to the unrest before the match, the structure created 24 years ago for the 1998 World Cup in France, found itself once again under the spotlights. According to reconstructions from the French capital, in the night between Sunday and Monday some people found a way to enter the stadium and smear the walls with slogans against Qatar, the country that is organizing the World Cup at the end of the year. Very strong terms, which leave no room for interpretation. “Qatar stinks of death”. “Boycott Qatar 2022”, “6,550 dead, 2,100,000 slaves”. “Sarkozy corruption, 15 million dollars”. The writings were claimed by the collective “Red Card for Qatar”, a group that claims to belong to the Alsace-Lorraine scrub activists and Extinction Rebellion Paris.

The collective explained his action through the web profile: “We take full responsibility for our actions, writings and words, especially because we do not have 6,550 deaths on conscience and we have not received a cent from Qatar, but given the violence of the emir , taking into account the long history of political killings and its ability to orchestrate terrorist attacks, we wish to remain as anonymous as possible. We use pseudonyms, reluctantly, and try to hide our identity online. ” The French Football Association filed a complaint.

World Cup, non-stop Azzurri: after the European Championships there is Paris. Frangilli is back

World Cup, non-stop Azzurri: after the European Championships there is Paris. Frangilli is back

06/19/2022
United, CEO Arnold at the pub with the fans: “I hated every minute of this fucking season. A nightmare”

United, CEO Arnold at the pub with the fans: “I hated every minute of this fucking season. A nightmare”

No comments to show.

You may have missed

Sale of OL imminent: board of directors advanced, Textor on pole

Sale of OL imminent: board of directors advanced, Textor on pole

Esport – League of Legends – Jezu: “I put a lot of pressure on myself”

Our selection of 5 running sessions for this summer

A former OM advises against PSG to a teammate

06/20/2022
We use cookies on our website to give you the most relevant experience by remembering your preferences and repeat visits. By clicking “Accept All”, you consent to the use of ALL the cookies. However, you may visit "Cookie Settings" to provide a controlled consent.
Cookie SettingsAccept All
Manage consent

This website uses cookies to improve your experience while you navigate through the website. Out of these, the cookies that are categorized as necessary are stored on your browser as they are essential for the working of basic functionalities of the website. We also use third-party cookies that help us analyze and understand how you use this website. These cookies will be stored in your browser only with your consent. You also have the option to opt-out of these cookies. But opting out of some of these cookies may affect your browsing experience.
Necessary Always Enabled
Necessary cookies are absolutely essential for the website to function properly. These cookies ensure basic functionalities and security features of the website, anonymously.
Functional
Functional cookies help to perform certain functionalities like sharing the content of the website on social media platforms, collect feedbacks, and other third-party features.
Performance
Performance cookies are used to understand and analyze the key performance indexes of the website which helps in delivering a better user experience for the visitors.
Analytics
Analytical cookies are used to understand how visitors interact with the website. These cookies help provide information on metrics the number of visitors, bounce rate, traffic source, etc.
Advertisement
Advertisement cookies are used to provide visitors with relevant ads and marketing campaigns. These cookies track visitors across websites and collect information to provide customized ads.
Others
Other uncategorized cookies are those that are being analyzed and have not been classified into a category as yet.
SAVE & ACCEPT
Go to mobile version